""
Press enter to begin your search

With nearly twenty years in the tech world, Abby Kearns is a true veteran of the industry. Her lengthy career has spanned product marketing, product management and consulting across Fortune 500 companies and startups alike. As Executive Director of Cloud Foundry Foundation, Abby helms the ecosystem of developers, users and applications running on Cloud Foundry, and works closely with the Board to drive the Foundation’s vision and grow the open source project. Prior to Cloud Foundry Foundation, Abby focused on Pivotal Cloud Foundry as part of the Product Management team at Pivotal. She spent eight years at Verizon where she led Product Management and Product Marketing teams dedicated to the early days of cloud services. In her free time, Abby enjoys indulging in food and wine, and spending time with her husband and son.

Alan Clark is an experienced industry and corporate leader who specializes in engineering external research and development. He currently contributes to open source as a member of the Linux Foundation Board of Directors, Board Chair for the openHPC project, a Director for the openMainframe project and as the Chairman of the Board for the Open Stack Foundation. He also participates as an individual contributor to many additional open source projects and foundations. Alan is a member of the CTO Office and Director for Industry Initiatives, Emerging Standards and Open Source at SUSE.

Dan is Executive Director of the Cloud Native Computing Foundation, which sustains and integrates open source technologies like Kubernetes and Prometheus. He also helped create and launch the Linux Foundation's Core Infrastructure Initiative as an industry-wide response to the security vulnerabilities demonstrated by Heartbleed. He previously served as CTO of several startups, including Spreemo, a healthcare marketplace, and Shopbeam, a shoppable ads company. Earlier, he was a general partner at Skymoon Ventures, a seed-stage venture capital firm that created startups in semiconductors and telecom infrastructure. Dan helped manage a number of telecoms firms controlled by Craig McCaw and started his career as founder and CEO of NetMarket, one of the first Internet companies. In 1994, he led the development of the first music store on the web, conducting the first secure commercial transaction after building the first web shopping cart. Dan lives in Manhattan with his wife and two sons.

Dirk is VMware’s Chief Open Source Officer, leading the company’s open source efforts and strategy and driving common values and processes across the company for VMware’s interaction with the open source communities. Before joining VMware, Dirk spent almost 15 years as Intel’s Chief Linux and Open Source Technologist, guiding Intel’s engagements in open source. Before that, among other roles, he worked as Chief Technology Officer of SuSE and Unix Architect of Deutsche Bank. Dirk has been an active developer and contributor in Linux and open source since the early 1990s. He was one of the early Linux kernel developers and has contributed to several dozen open source projects over the years. Dirk holds a Diploma in Mathematics and Computer Science from the University of Würzburg, Germany. He lives in Portland, OR.

Dr. Zhexuan Song is the Chief Strategy Officer of Huawei Cloud Business Unit. He earned his Ph.D. from the Department of Computer Science at University of Maryland, and MBA from University of California, Berkeley. After graduation, he worked as a researcher for 8 years in Fujitsu Laboratories of America. Dr. Zhexuan Song published more than 20 papers and more than 20 patents. Since he joined Huawei in 2011, Dr. Song worked as a standard expert, director of IT Open Lab, director of data center solution design, and VP of strategy and business development of IT product line.

Greg is among a distinguished group of software developers who maintain Linux at the kernel level. In his role as Linux Foundation Fellow, he continues his work as the maintainer for the Linux stable kernel branch and a variety of subsystems while working in a fully neutral environment.

Haifeng has always had a passion for building complex systems. He is the Chief Architect of JD.com, China’s largest retailer and the world’s third largest internet company by revenue. He is also Vice President of JD’s Technical Infrastructure department. Haifeng joined JD in 2013 and is responsible for the construction and optimization of the infrastructure that powers all facets of the company’s business. In his time at JD, he has led the company to independently develop several critical infrastructure services, which taken together form JD’s highly efficient infrastructure system – the Archimedes platform. The platform covers container cluster management, databases & storage systems, microservices, middleware, product image services & machine learning, cross-region multi-datacenter scalability for e-commerce, and intelligent operations. A veteran in the space, Haifeng previously held leadership roles at Baidu and Yahoo, focused on the design, development and implementation of large-scale distributed systems. He received his B.S. and M.S. degrees in Computer Science, and is currently pursuing his Ph.D. in the subject, all from the University of Science & Technology of China.

Imad Sousou is vice president in the Software and Services Group at Intel Corporation and general manager of the Intel Open Source Technology Center, a position he’s held since its founding in 2003. Sousou is responsible for leading Intel's efforts in open source software across technologies and market segments: cloud operating system (OS) development, enterprise Linux and related technologies such as power and performance optimization, virtualization (KVM and Xen), FPGAs, and graphics; and core IoT system software such as Robot OS and Dronecode. The Center also focuses on enabling client OS stacks, including Android, Brillo and Chrome for Intel architecture, and developing custom OSes such as Yocto, Clear Linux, and Zephyr, as well as Linux kernel and related technologies designed to improve developer experience and web platform technologies on top of client systems. He sits on the board of directors at the OpenStack Foundation, the Open Connectivity Foundation, and Dronecode; he is on the advisory board for the Core Infrastructure Initiative at The Linux Foundation. Sousou joined Intel in 1994 as a senior software engineer. Before moving into his current role, he was director of telecom software programs in the Intel Communications Group and director of software engineering in the Home Products Group. He began his career as a software engineer at Central Point Software working on system utilities for the Apple Mac OS. Intel has twice honored Sousou with the Intel Achievement Award; in 2007 for his role in the agreement with Sun Microsystems on Open Solaris, and in 2011 for leadership through open source solutions. Sousou holds a bachelor degree in computer science and mathematics from Portland State University.

Jim's career spans three of the largest technology trends to rise over the last decade: mobile computing, cloud computing and open source software. Today, as executive director of The Linux Foundation, he uses this experience to accelerate innovation in technology through the use of open source and Linux. At The Linux Foundation, Jim works with the world’s largest technology companies, including IBM, Intel, Google, Samsung, Qualcomm, and others to help define the future of computing on the server, in the cloud, and on a variety of new mobile computing devices. His work at the vendor-neutral Linux Foundation gives him a unique and aggregate perspective on the global technology industry. Jim has been recognized for his insights on the changing economics of the technology industry. His writing has appeared in Businessweek, Wired, and other top technology journals, and he is a regular keynote speaker at industry events. He advises a variety of startups, including Splashtop, and sits on the boards of the Global Economic Symposium, Open Source For America, and Chinese Open Source Promotion Union.

Junjie (Jack) is the Chief Architect of the Elastic Compute Service at Alibaba Cloud. He has extensive experience with Cloud Computing across IaaS, PaaS and SaaS. His current focus is to make the IaaS controller more intelligent for better compute service availability, performance and cost-efficiency. Previously he led a SaaS platform initiative in Huawei, and served as the Application Runtime architect in IBM Bluemix Cloud platform, building an application-centric experience on the Cloud. Before his Cloud journey, Jack was deeply involved in the Java core platform technologies and the related open source community. He is a member of the Apache Software Foundation.

Linus was born on December 28, 1969 in Helsinki, Finland. He enrolled at the University of Helsinki in 1988, graduating with a master's degree in computer science. His M.Sc. thesis was titled “Linux: A Portable Operating System” and was the genesis for what would become the most important collaborative software project in history.In August 1991, Linus announced that he was developing the Linux kernel, proclaiming, “it won’t be big and professional.” Never in the history of technology has someone been so wrong. In spite of his humble proclamation, Linux has become the world’s most pervasive operating system. Today the Linux kernel forms the basis of the Linux operating system and powers billions of Android devices, powers ChromeOS, and has permeated almost every industry and form factor. Smartphones, TVs, appliances, cars, nuclear submarines, air traffic control, stock exchanges, and scientific research all run Linux. Linux also provides the underpinnings of the internet and the cloud computing industry.In 2005, citing a lack of free and open source version control tools that met his needs for performance and scale, Linus famously created Git in only 10 days. Today Git is widely used in software development and for other version-control tasks such as configuration management, and has become popular as an integral part of the DevOps culture.In 2000, Linus was listed by Time Magazine as Number 17 in the Time 100: Most Important People of the Century. Again, in 2004, Time Magazine named him one of the Most Influential People in the world. He was honored in 2008 with the Millennium Technology Prize by the Technology Academy Finland, “in recognition of his creation of a new open source operating system for computers leading to the widely used Linux kernel.” He is also the recipient of the 2014 IEEE Computer Society Computer Pioneer Award. A true tech titan, he was admitted to the Computer History Museum Hall of Fellows, joining the ranks of the tech elite including Rear Admiral Grace Murray Hopper, Tim Berners-Lee, Gordon Moore, Ken Thompson, Dennis Ritchie, Steve Wozniak, and others.Torvalds remains the ultimate authority on what new code is incorporated into the standard Linux kernel.

Peixin Hou is currently serving as the Chief Architect of Open Software and Systems in the Central Software Institute, Huawei. He has been working in the software industry for over 20 years and has experience in operating systems, mobile software, media processing, and cloud computing. Peixin started his open source journey in 2000 and is now an active strategist and evangelist in the field. He is involved in defining various key strategies on open source for Huawei and leads the company’s FOSS development in areas such as Linux and containers. He also serves as a board or steering committee member in several open source projects, such as Cloud Native Computing Foundation and Core Infrastructure Initiative. Peixin has also represented Huawei on the board of Linaro. Peixin received his Ph.D. from the University of Surrey, the UK in electronic and electrical engineering.

Sven Loberg is a Managing Director within Accenture's Emerging Technology practice with responsibility for Open Source and Software Innovation. In this role he works to promote the benefits and use of open source both at Accenture clients as well as within Accenture. Sven has worked for Accenture since 2001 in a number of technology and delivery related roles and has a diverse background from both package, integration and custom development. Sven is a member of Accenture’s global technology architecture leadership group. 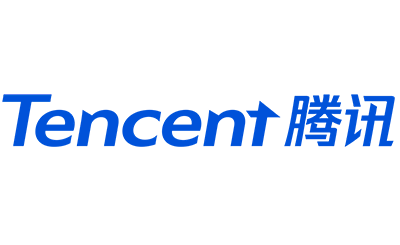 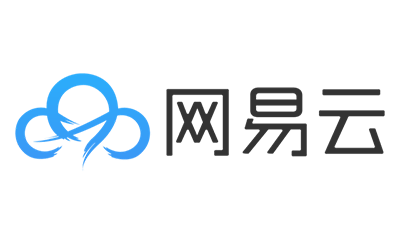 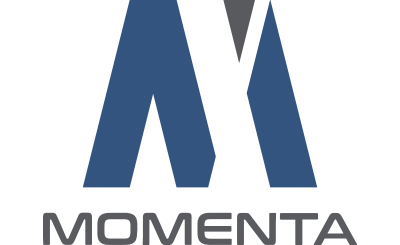 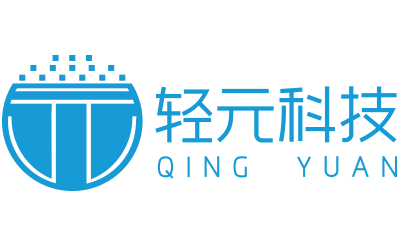 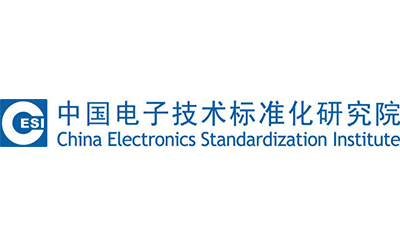 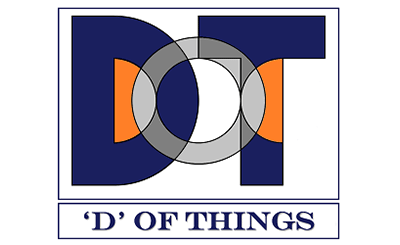 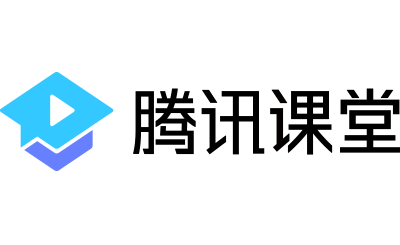